Classical Guitar Music for Weddings,
Parties, Special Events
Solo
Duos
Trios
Quartets
Classical
Jazz
Southwest
Popular
Weddings
Music is played at four different points in the ceremony.
Prelude or preservice music is played fifteen minutes  before the ceremony begins, as guests arrive and are seated. A mix of classical and relaxing music is played.
Processional music is played as the wedding party and bride walk down the aisle to the altar. This music is played until the entire wedding party is in place. Typically  "Canon in D" is played. Additionally, popular requests include "Hero" by Family of the year, and "Thinking out Loud" by Ed Sheeran.
The Bridal entrance selections may  include  "Wedding March" by Felix Mendelssohn, and "Promenade" by Mussorgsky. Popular requests include  "Your Song" by Elton John, and "Thinking out Loud" by Ed Sheeran.
Interlude music is optional, and can be played during a candle lighting or other mid-service event. One example is Bach's "Jesu Joy of Man's Desiring"
Recessional music is played as the wedding party leaves the service. Examples include "Ode to Joy", Mendelssohn's "Wedding March", and the non-traditional James Taylor  "How Sweet it is to be loved by you".
Jewish ceremony music may include "Do De Li" and "Jerusalem of Gold" 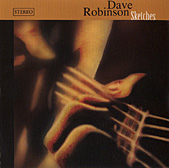